Zachary came home from school the other day feeling pretty pleased with himself.  He had a “quiz” in chemistry (his most challenging subject that he struggles with) and reported that it was awesome. 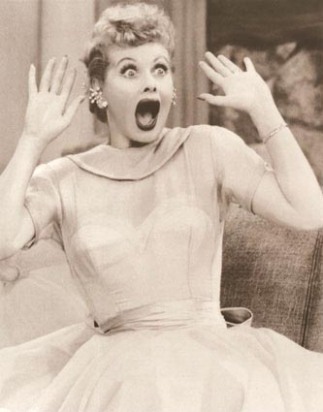 Yes, you are right on if you are picturing me standing in amazement with my mouth hanging open.

Zachary is an 11th grader in public school.  To know Zach is to see him always fixing, researching or tinkering with something be it the ski ramp in the backyard, the latest gadgets in photography or longboarding or his guitar.  He is and always has been “in motion”.  I used to joke that he came out of the womb on wheels!  I believe he is a very different person when in school.

He went on to tell me that this was a quiz where you “did” things and so he felt like he was better able to perform.  In his own words, “I am not good at memorizing, I am good at applying things.” 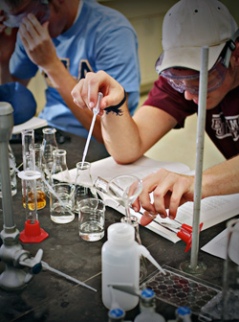 He explained how they had 5 different elements that they had to weigh and then do calculations in relationship to what it was they had discovered.   After each element they were to go up to the teacher and check in.  He was animated as he continued his story explaining that because he does not have a calculator he usually just borrows one from his math teacher, but because this was a pop quiz he did not have the time to go and get one.  So he decided he would do the math on his own.

Upon completing the first few problems he checked in with his teacher to discover he got them all right!!   When his teacher asked him how he did these problems Zach instructed him to turn the paper over where he found a lattice method scratched out on the back of his paper.

The teacher, according to Zachary, was amazed that he was able to do this math without a calculator.  Delighted he went back to finish the last 2 problems, but alas, he ran out of time.  He reported that he got a 70 on it, but that he was thrilled because as he stated,  “I feel like it is the first time that I actually understood something in chemistry.”

“What would happen, if, rather than focusing on teaching reading strategies, we focused instead on getting students engaged?”  Peter Johnston

This quote by Peter Johnston has had me thinking all week about the idea of engagement.  He refers to engagement in terms of reading and actually asks some hard questions about instruction in this Stenhouse blog post.  Worth the read. 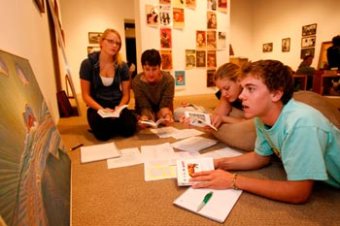 So, the next question is what if we decided to make that same commitment across all subject areas, curriculums and grade levels?  What if the most common core standard of all that we were to work towards was engagement of ALL of our students?  What if we focused primarily on engaging our students and worked towards 100% proficiency of engagement?

This is so simple.  There I said it!  Think about it.  We can go on teaching and standing in front of the room and sharing our knowledge.  We can go on creating meaningless tests to supposedly “show” the growth of our students.  We can continue to spend millions and billions of dollars on the next magical cure that won’t work or…imagine this…we could look at our students and focus on engagement.  WHAT matters in our work if our students are not engaged?  What will they learn without engagement?

What happened in this chemistry class?  The class where Zach admits to getting his daily naps because he has so much trouble paying attention.  He  argues that nobody really understands what It going on.  So what turned this day into a class period filled with engagement and dare I use the term, rigor?   I believe it all started with the ability to move and use his body.  He was not sitting in a seat in the back of the room watching the minutes slowly tick by.  He was standing, walking and using his hands to “apply” what he did and did not know.  He was then able to get some immediate feedback on his work and then a little gravy in the name of praise for his ability to perform without a calculator.  This real feedback sent him back confident and hungry for more.  It was only the clock that worked against him as he told me that he knows he could have gotten the other two if he had had the time.  And even if he didn’t get them right he was ENGAGED!! 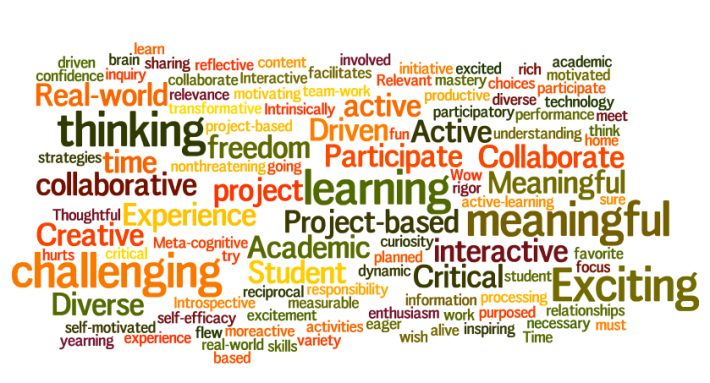 If I were his teacher I would look at Zachary differently than those who used their calculators and adjust his grade accordingly.  IF the goal is engagement and ultimately understanding could it not be argued that perhaps he understood more deeply because he could perform without the calculator?  Shouldn’t he be graded on what he did know and not that the time ran out?  But I also realize that I am far from the norm and that grading is another topic for another post.

It’s like my cats, you know.  They are very finicky about their food.  It is clear when they do not like a particular kind of food because they don’t eat it!  They are not engaged in their eating.  So I don’t continue to give them the same food because I have deemed it is the best food for them, I try out different kinds of food to see what works for them to engage them in their eating. 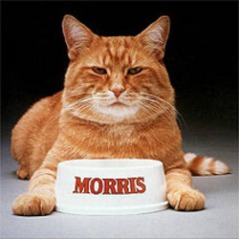 Why do we continue to do things we know don’t work…especially when so many of us have the vast variety of theory and knowledge that DOES work and even more importantly that engagement is something our students are starving for?

2 thoughts on “Rules of Engagement”